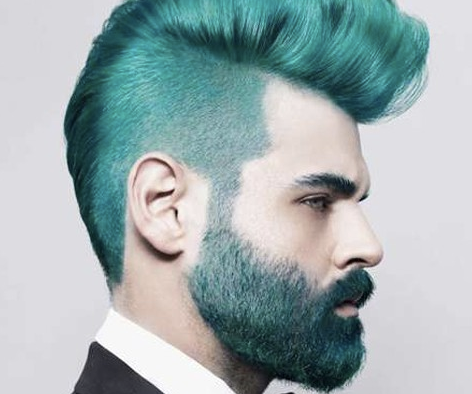 So it looks like women are NOT the only ones to cover their hair in colours as the latest trend sees myriads of men dying their hair in vivid colors. The trend, that's being dubbed 'the merman hair' has been in fashion for many years; however it's only recently that the number of people following the trend has swelled up enormously.

Men, both young and old are seen playing with shades of blue, pink and purple to change the hue of their hair.

Even though the mermaid hair trend is mostly associated with woman, it hasn't stopped thousands of men all around to join the trend.

So, how interested are you to jump on the merman hair trend bandwagon?