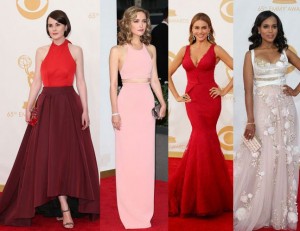 Yesterday evening the Emmys brought the televisioncelebrities out in their tuxedos and evening wear, and we were watching it all. So, after all the live blogging last night on our Facebook page, it's now reflection time. What were the Emmys like? Did they hit the mark? Was the red carpet sensational? And who won the evening?

Let's start with the overall tone of the evening. It was strangely off-key. It felt like the creative juices had run dry and someone instead cobbled together a show, made up of all the good bits from past awards shows. But this time round, just took off 25% in effort and glamor. Neil Patrick Harris, or NPH as he's affectionately known, was the host and right from the first second, it didn't quite click.USA Today called Neil Patrick Harrris' performance "dull and off-kilter as his oddly downbeat show."

There was a spontaneous standing ovation for Bob Newhart, which was great, but the three hour plus broadcast had few highlights, save a great speech by Michael Douglas and Kerry Washington looking quite stunning . Also, many people found it rather strange that Larry Hagman and Jack Klugman, were only in the pictures section of the "in memoriam" segment, and not featured like some others.

But, the show went on, and on, and on. However, before it even started, the red carpet was alive and positively teaming with celebrities, all vouching for their share of the best dressed comments. Sophia Vergara, not for the first time, was just about being held into her very red, very hot dress and $8million worth of jewels. John Hamm was sporting a slightly wild beard and Claire Danes, one of the major winners on the night, was simply stunning. Side partings and bangs seemed to dominate the proceedings, with fewer up-dos than previous years. Worthy shout outs should go to Jessica Lang, who looked 34, not 64; Elizabeth Moss from Mad Men for her new platinum pixie cut; and Kerry Washington again, because we can't mention her too many times. Here are some of the other notables: 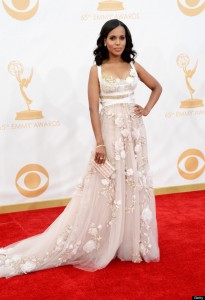 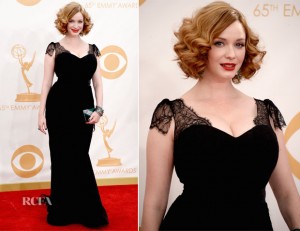 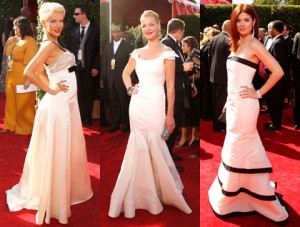 In case you are interested in all the winners, they are: